The Romanian Patriarchate, through its Delegate to the Holy Places, maintains close ties with all the other churches in the Holy Land.

The Jerusalem church, together with the entire Romanian complex that serves as a representative of the Romanian Patriarchate at Jerusalem, is located in the northwestern part of the Old City, in the Mea-Searim neighborhood, also known as the Neighborhood of One Hundred Gates.

The main mission is to represent the Romanian Orthodox Church at the grave of Jesus Christ and the other holy places in Biblical Palestine.

Another equally important mission of the Romanian church in Jerusalem is to respond to spiritual requests, but also to those of accommodation and pilgrimage, for the faithful Romanian pilgrims who come to the holy places. We also know the realities of the Romanians settled in Israel, as well as the burdens of the workers, our parishioners, who find at this settlement a Romanian corner among foreigners, religious services done in Romanian, as well as a good opportunity to confess to God or to meet through prayer with all of the dear ones from home.

Also, the representation of Romanian believers from the country or abroad to the Holy Places, in which Christ lived, is also considered. That is why prayers are being raised every day for the receiving of all that is useful and saving. Last but not least, the organization of the monastic worshiping community here is taken care of by every member serving with all the soul in the perfect fulfillment of the obedience and the mission to which he was called.

To all of these, add the welcoming and the protocol of the civil and ecclesial delegations in the country and abroad, the participation in all the Orthodox Liturgical Processions and Orthodox Liturgy of the Orthodox Patriarchate in Jerusalem, as well as in various ceremonies, feasts, conferences, pan-Orthodox meetings and other activities that make a visible contribution to increase the prestige of our Church and our Romanian nation in the world.

The Romanian Church in Jerusalem was born from the aspiration of the Romanian Christians, who took the faith of our fathers beyond the border.

The Romanian Church in Jerusalem has a relatively new history. According to the Superior from the time of this work, Archimandrite Ieronim Cretu (now Patriarchal Vicar Bishop), at the beginning of the 20th century, the documents confirming it are preserved in the archives of the Romanian Patriarchate, but there was no testimony taken into account.

Since the 19th century the ties of the Romanian Orthodox Church with the Patriarchate of Jerusalem have led to a great rapprochement and good collaboration.

We begin to establish close relationships between hierarchs through more mutual visits and better organized pilgrimages. Due to the perseverance of pilgrims recruited especially among the hierarchs, monks and priests, but also of merchants or ordinary people, the first Romanian appearances were placed in Jerusalem and Jordan at the Holy Places.

The initiator of this exhortation was the famous culture man Teodor Burada, who after many interventions and tenacity managed to rent a house in Jerusalem (1906) for a Romanian chapel (1908). On May 21st, 1912, it was the place to lay the foundation of this holy place, much desired by the Romanians. 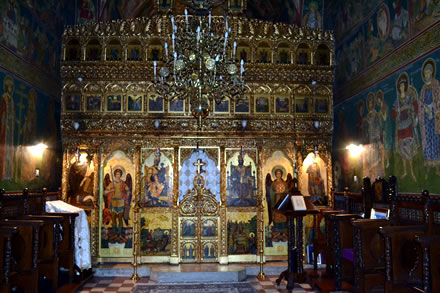 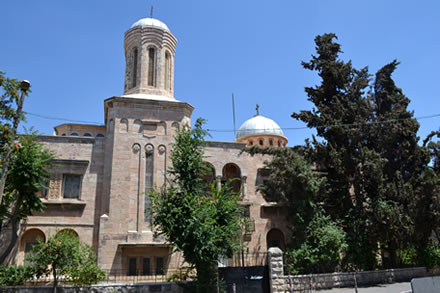 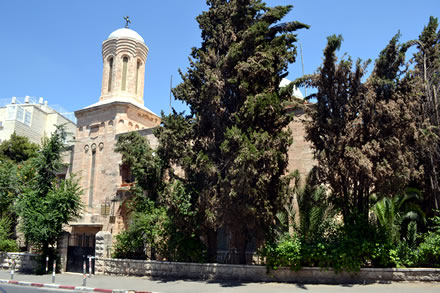 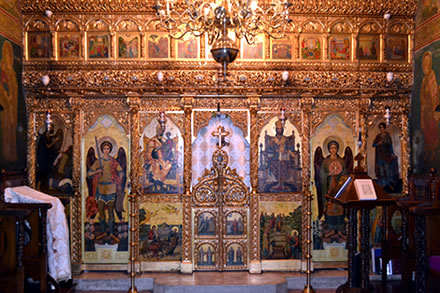 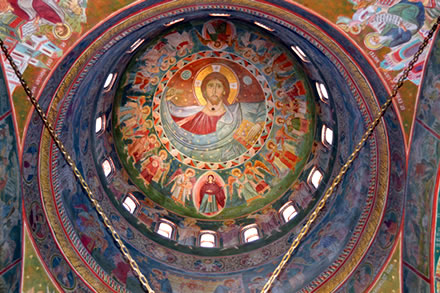 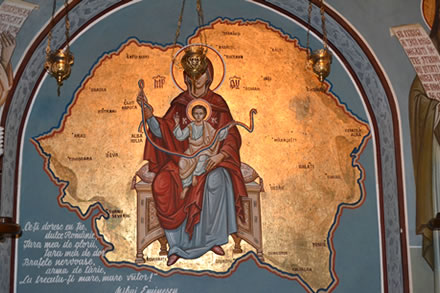 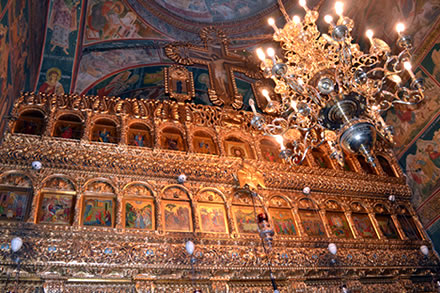 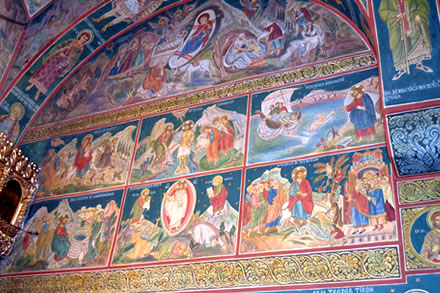 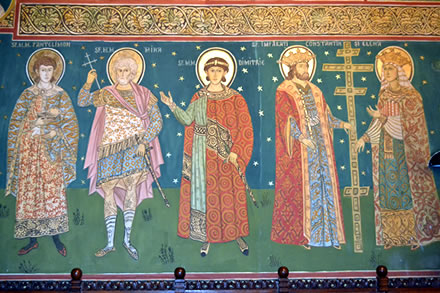 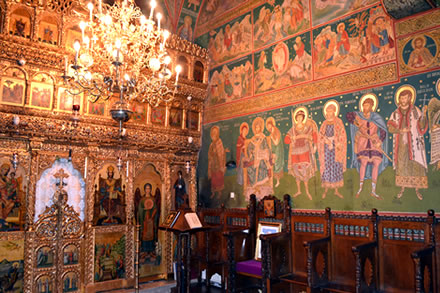 “The years spent at Jerusalem and in the Middle East were a bridgehead… a stage, I could say – I was 33-34 years old when I first went there and God blessed me to live for a while in the land of Jesus. You should know that in that place I have discovered Jesus as a man, as well.” - Archbishop of Timisoara and Metropolitan of Banat, HE. Ioan Selejan

"I think it is a way to myself, a way to find myself, and it helped me, first of all, by the grace there is in these holy places, following the way and the steps of our Lord Jesus Christ." - Priest George Radu Trăilescu at Cerneti Monastery, in the Episcopia of Severin and Strehaia

“It is an atypical monastery, because it is embedded in the cell of the nuns and monks who live here, in Jerusalem. Why was this type of architecture been used? Just to dress the church in such a manner that it won’t be ostentatiously set in the middle of a Jewish neighborhood. The space is small, but for us it is an oasis. The idea of this place has always belonged to the Romanians who came here to worship in holly places.” - Ioan Meiu - Minister Priest at the Romanian Settlement in Jerusalem